The first known promotional products in the United States are commemorative buttons dating back to the election of George Washington in 1789. During the early 19th century, there were some advertising calendars, rulers, and wooden specialties, but there wasn’t an organized industry for the creation and distribution of promotional items until later in the 19th century.
Jasper Meeks, a printer in Coshocton, Ohio, is considered by many to be the originator of the industry when he convinced a local shoe store to supply book bags imprinted with the store name to local schools. Henry Beach, another Coshochton printer and a competitor of Meeks, picked up on the idea, and soon the two men were selling and printing bags for marbles, buggy whips, card cases, fans, calendars, cloth caps, aprons, and even hats forhorses.[1]
In 1904, 12 manufacturers of promotional items got together to found the first trade association for the industry. That organization is now known as the Promotional Products Association International or PPAI, which currently has more than 7,500 global members.[2] PPAI represents the promotional products industry of more than 22,000 distributors and approximately 4,800 manufacturers.
The UK & Ireland promotional merchandise industry formally emerged as corporate marketing became more sophisticated during the late 1950s. Before this companies may have provided occasional gifts, but there was no recognised promotional merchandise industry. The real explosion in the growth of the promotional merchandise industry took place in the 1970s. At this time an ever increasing number of corporate companies recognised the benefits gained from promoting their corporate identity, brand or product, with the use of gifts featuring their own logo. In the early years the range of products available were limited; however, in the early 1980s demand grew from distributors for a generic promotional product catalogue they could brand as their own and then leave with their corporate customers.
In later years these catalogues could be over-branded to reflect a distributor’s corporate image and distributors could then give them to their end user customers as their own. In the early years promotional merchandise catalogues were very much sales tools and customers would buy the products offered on the pages.
In the 1990s new catalogue services emerged for distributors from various sources. In the nineties there was also the creation of ‘Catalogue Groups’ who offered a unique catalogue to a limited geographical group of promotional merchandise distributor companies. Membership of a Catalogue Group could also offer improved buying terms, a network of fellow distributor companies, & provide other support services. A current example of a Catalogue Group is the Envoy Group, offering discounted products to a select group of distributors who have all been in the industry for over three years. Members of the Envoy Group have regional exclusivity as one of their perks.
Up until the 1990s the industry had a peak season in which the majority of promotional products were sold. The season featured aroundChristmas & the giving of gifts. This changed significantly in the early 1990s as Christmas gifts became less appropriate in amulticultural Britain. Corporate companies were also becoming more inventive in their marketing and were now using promotional merchandise throughout the year to support the promotion of brands, products & events. In the early 21st century the role of a promotional merchandise catalogue started to change, as it could no longer fully represent the vast range of products in the market place. By 2007 catalogues were being mailed to targeted customer lists, rather than the blanket postal mailings that had taken place before. The catalogue had now become seen more as a ‘business card’ demonstrating the concept of what a company did, rather than a critical sales tool. In 2009 published results from research involving a representative group of distributor companies, which indicated the usage of hard copy catalogues was expected to fall up to 25% in 2010.
Distributor companies are experts in sourcing creative promotional products. Traditionally, to ensure that they had an effective manufacturer network, they kept themselves aware of the trade product ranges available by attending exhibitions across the world (namely the Trade Only National Show in the UK, PSI in Europe and the PPAI Show in Las Vegas, NV) & from mailings received from manufacturers themselves. In 2004 the way the trade sourced promotional products began to change with the launch an online trade sourcing service which united distributors with manufacturers worldwide. This service is purely for vetted trade promotional merchandise distributor companies & is not available to corporate end user companies.
By 2008 almost every distributor had a website demonstrating a range of available promotional products. Very few offer the ability to order products online mainly due to the complexities surrounding the processes to brand the promotional products required. However, this is changing with the introduction of a fully integrated order processing system with website included, Trade Only VISION. The system will enable end users to purchase online and will enable distributors to process transactions for multiple suppliers in one go. It will also let end users see their logo on supplier products with a simple upload using Technologo virtual sample technology, ultimately simplifying the whole purchasing process from end user to distributor to supplier.

Promotional merchandise is, in the main, purchased by corporate companies in the UK & Ireland through promotional merchandise distributor companies. In the United States, these distributors are called "Promotional Consultants" or "promotional product distributors."
Distributors have the ability to source & supply tens of thousands of products from across the globe. Even with the advent and growth of the Internet this supply chain has not changed, for a few reasons:
Promotional products by definition are custom printed with a logo, company name or message usually in specific PMS colors. Distributors help end-users gather artwork in the correct format and in some cases, distributors might create artwork for end-users. Distributors then interface with manufacturers, printers or suppliers, forwarding artwork in the correct format and correct size for the job. Since good distributors are well aware of several manufacturers' capabilities, they can save an end-user time and money searching for a printer or manufacturer who can produce and ship the end-user's products on time, on specification and in the required quantities. 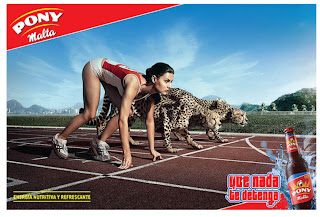